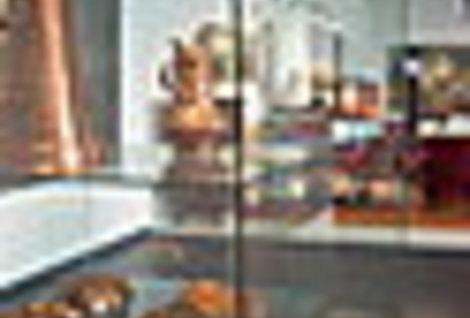 The Krásna Hôrka Castle has been a dominant feature of Gemer region since the 13th century. The first owners of the castle were the Bebek brothers who obtained it from the Ugrian king Béla IV. The castle belonged to them until the extinction of lineage, except for a short pause when it was overmastered by the Mariássy family. In 1567 the castle went to the property of the crown. It was managed by castle captains appointed by the king. In 1578 the first from the Andrássy lineage, Peter, became the castle captain, and his grandson Matej obtained the Krásna Hôrka Castle together with the domain into a hereditary possession from Ferdinand III. Habsburg in 1642. The oldest part of the castle is the watchtower built by the Bebeks. The castle was extended by the Andrássys who gradually turned Krásna Hôrka into a splendid manor. In the area of the great bastion, a chapel and a family tomb in the spirit of classicism was built after 1770. The oldest part of the castle burned down in 1817. Mária Festetich, a widow of Stephen III Andrássy, made only the most urgent repairs and left the castle before long. The Andrássys continued to maintain the castle. After 1857 the count George Andrássy established a family museum in the castle. The collections were made available to public in 1867. In 1904 Dionýz Andrássy created Františka´s Museum in honour of his wife Františka Hablawetz. The Andrássys left their possessions in 1944. After 1945 the state took the castle into its administration, and it was managed by the National Cultural Commission for Slovakia. The museum was established in 1952 and in the following year it was declared a National Cultural Property as an organization for the protection of important historical and artistic works. In 1961 the Krásna Hôrka Castle was declared a National Cultural Landmark. The monument restoration of the castle has begun. On July 1, 1996 the Betliar Museum together with the Krásna Hôrka Castle became a part of the Slovak National Museum, the biggest museum institution in the Slovak Republic. Panel 2 Fire in the Krásna Hôrka Castle On March 10, 2012 a wildfire broke out in the Krásna Hôrka Castle. The consequences of the fire are catastrophic for the castle – the fire destroyed all the roofs, extremely high temperatures seriously damaged parts of the walls as well as a part of the exposition in the upper castle opened in 2011. The fire damaged windows, doors, staircases and other parts of the interior. Because of the strong wind and the loss of support in a burned truss, a part of the supporting wall collapsed on the ceiling of a congregational hall. The fallen ceiling destroyed some collection items which were situated there. Firemen finished monitoring of the burned place on March 12, 2012 at 12:00 and passed the castle to the museum. The museum started to remove the consequences of the fire and create conditions for reconstruction and renovation of the damaged parts of the castle in cooperation with the conservation protection authorities. The initial assessments of damages made in the first days after the fire seem to be very low after the statements of experts for statics, reconstruction and renovation of historical objects and for security systems. Costs of the renovation of the damaged parts of the castle, new roofs, revitalisation of electronic computer systems and disturbance alarm systems together with other costs connected with the renovation and reconstruction of the castle including the revitalisation of castle exposition will be several times higher than the initial figure of 8 million Euro. Castle Collections Immediately after the fire, employees of the museum started to detect damages of the collection fund of the museum. At the time of fire there were 4 725 collection items in the castle, out of which 3 645 items were in exposition and 1 076 items in a depository. The greatest number of destroyed and damaged collection items was in the Gothic palace, in the renaissance extension of the castle and in the torture chamber. Firearms, blade weapons and parts of armour were damaged – totally 198 pieces of arms and parts of armour of medieval armigers and soldiers. Eight collection items were destroyed and damaged in the Rákoczi wing – a chandelier, a table and chairs in the congregational hall. Until March 17, 2012 all collection items were packed and taken from the castle with an effective help of employees of other museum of the Slovak National Museum. At the same time, measures for the protection of the collection items that cannot be removed have been realized – casing around tile stoves was made, castle furniture was wrapped with protective cover. The fire destroyed only a small percentage of collection items, but it will be necessary to cleanse, re-conserve all the collection items and many of them will need a complete restoration.